Write yourself a fictional fan letter. 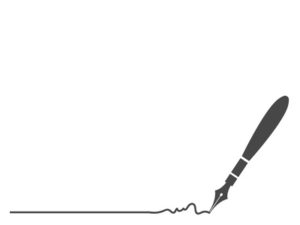 Want to get to know your ideal reader? Write yourself a fictional fan letter. So recommends Gabriela Pereira of diyMFA.

I attended Gabriela’s “Rock Your Revisions” session at the Writer’s Digest Conference and afterward signed up for her Platform Master Class webinar. Gabriela sent the fan letter exercise as preparation. The exercise struck me as a perfect way to stop focusing on faults—a habit of mind crucial for revising, but deadly for promotion. So I sat right down and wrote myself a fan letter. I had so much fun, I may write more.

If you’re a writer (or not!) try writing yourself a fan letter. Here’s mine.

I’ve been meaning to write you for some time, ever since I saw Catch Me if I Fall in the window of our local bookstore. Your title spoke to me I suppose because I’ve never let myself think that, much less say it. You have to be watched to be caught.

Callie it appears does not like being watched, if her aversion to Jehovah’s Witnesses, not to mention her walled garden, is any clue. And yet it is, I suppose, she who learns to say “Catch me if I fall” and who, by implication, accepts being watched.

I’ve lived all my life in a fish bowl, one not of my own choosing. Surrounded first by brothers and sisters in a small house. And then–how did it happen?–by five children of my own. I loved them all madly. But they were everywhere I turned. Looking up at me for something. And my job. A nurse in a maternity ward. Full of mothers with eyes of anticipation. I once asked to be transferred to Intensive Care where the patients spend most of their time unconscious. My request was denied.

Entering Callie’s world–walled and populated with plants, straw animals, and very few people–felt like the best of vacations. When I emerged I felt refreshed and with a greater appreciation of my life, even in retirement, crowded with beings. My children–who all decided to live within blocks of me–now have children of their own. The eyes on me have multiplied.

I say I live in a fish bowl, but I am not a fish, and there is no glass between me and my observers. I don’t swim around in circles or speak an unknown tongue.

Nor am I transparent. There’s plenty I keep to myself even with the eyes upon me. Little things, some of them, and others larger. One in particular. Something I’d rather not recall. But, from time to time, I rub the memory like a bruise to see if it still hurts. It does. But I no longer feel alone with that old sorrow. Now that I’ve read Catch Me if I Fall.