Guanajuatense writers from the past 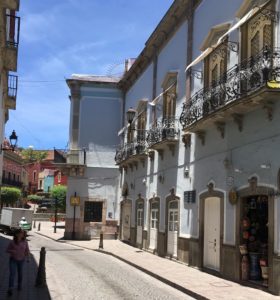 Former home of the Godoy family, near Plaza Baratillo

Emma Godoy, born in Guanajuato (1918) and died in Mexico City (1989), obtained a doctorate in letters from the National Autonomous University of Mexico and later studied philosophy at the Sorbonne. A professor and a writer, Godoy’s works include biographies, short stories, novels, poetry, art criticism, and philosophical essays. (Alas, I could find none of them in English.) After retiring from teaching in 1973, Godoy founded an association for the dignity of the elderly, which is credited with leading the Mexican government to initiate programs (now known as INAPAM) offering discounts, classes, and other services for the elderly. Foreigners of a certain age living in Mexico qualify, too. So if you receive services thanks to an INAPAM card, give a nod of gratitude when you pass the house where Emma Godoy was born.

Jorge Ibargüengoitia, born in Guanajuato (1928) and died in Madrid (1983), wrote highly successful plays and novels. If you read Spanish, try his award-winning novel Estas ruinas que ves, a satire of academic life in the provinces from the point of view of a Guanajuato native who, after decades in Mexico City, returns to teach at his hometown university. Several of Ibargüengoitia’s other novels, including The Dead Girls and Two Crimes, are available in English.

The legendary ranchera singer José Alfredo Jiménez, born in nearby Dolores Hidalgo (1926) and died in Mexico City (1973), wrote more than a thousand songs, including the music and lyrics of “Camino de Guanajuato,” which you’ll hear everywhere in and around Guanajuato. You can also hear “Camino de Guanajuato” on YouTube.